Graham Norton to drive his own desk at Virgin Radio 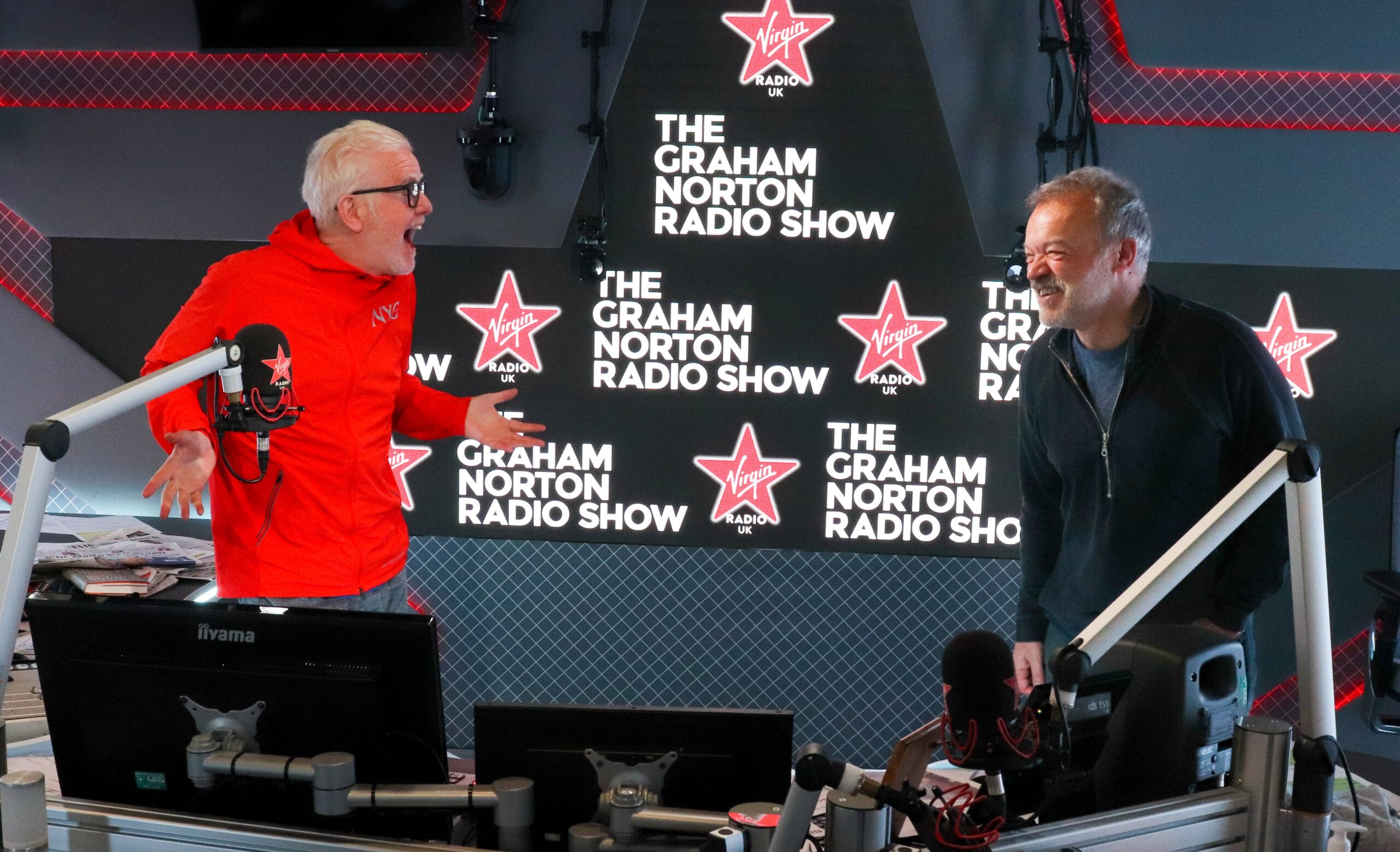 After years of not operating a radio desk at BBC Radio 2, Graham Norton has spoken of his delight to be able to finally drive his own at Virgin Radio.

He appeared on Breakfast with Chris Evans Friday morning ahead of his first show on Saturday from 9.30am till 12.30pm.

Graham said: “We did a little dummy run the other night and it’s fun – I really liked it.

“Here’s my confession – at Radio 2 I was never allowed to touch a button, I was just gloves on, and I’d sit there and talk. So everything happened around me. But here, I’m pushing some buttons and it’s pathetic how excited that makes me.

“It’s like that thing when you’ve learned to drive, you’ve passed your test and then you’re on the motorway and you’re like ‘this isn’t illegal…but it should be!’”

Chris pointed out that at Virgin Radio, Graham is doubling his weekend workload with a new Sunday show: “As a listener I am genuinely looking forward to having you on my radio and in my life on Saturdays and particularly on Sundays.”

And Graham nodded to the change of pace after 10 years of Saturday’s only at Radio 2. “Even I keep forgetting about the Sunday show. I hope I show up. I was in the supermarket yesterday looking at avocados thinking ‘ooh, that’d be nice on Sunday mor… oh, no!’”

Talking about Saturday nights in the Norton household, Graham added: “Pre-pandemic I’d normally be out on a Saturday night for a dinner or something – it wouldn’t be bonkers. But at the moment, the difference is I won’t watch the seventh and eighth episode of something, I’ll go to bed to be ready for the Sunday show.”

#TheGrahamNortonRadioShow – Saturdays and Sundays from 9:30am, only on Virgin Radio.

Graham also thanked Chris for encouraging him to make the move to Virgin Radio. Chris remembered: “The last time you were on the breakfast show you said, it’s lovely here and I said it is, it is. And you said you seem so different and happy and I said I know. I loved working at Radio 2 but I didn’t realise there was another level of joy to be had. And you got the same vibe didn’t you?”

Graham said: “I really did. And you were saying ‘oh you should come and work here. And as I left thinking ‘well, that will never happen, but actually that would be quite nice’.”

And now it has happened, Graham underlined his excitement: “I’m 58 and I’m nervous and excited. And I probably haven’t had adrenalin in my body for a long time. So tomorrow morning I may OD, you may hear a clunk!”

Chris added: “Welcome, welcome, officially welcome. It’s fantastic to have Graham Norton on Virgin Radio. I’ve literally got goosebumps! Is it true that you’re now going to go downstairs and sign your contract?”

Graham said: “Yes, I’ve got a big pen with my face on it. Although I might change my mind now on the way downstairs!”