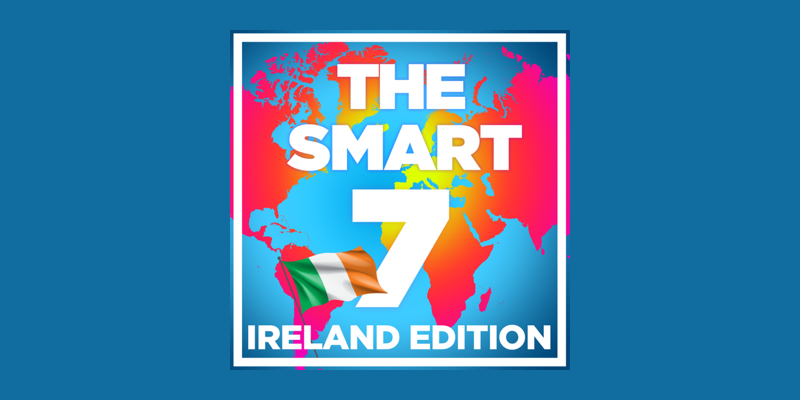 A new daily podcast with 7 minutes of news every morning at 7 has been launched in Ireland.

The Smart 7, which launched in the UK with Liam Thompson and Jamie East last year, now has an Irish edition voiced by broadcast journalist Paul Connolly.

The Smart 7 UK already has Irish fans as it regularly features in the Irish News podcast charts and so the idea for the Ireland Edition was born.

Liam Thompson told RadioToday: “With The Smart 7, we wanted to find out if radio listeners were fed up with linear listening… Why wait until the top of the hour for a news bulletin in the morning?

“Everything else has been atomised and distributed – from Netflix with TV and movies, to Spotify with music – and we felt there was real potential for a concise, consistent and entertaining news package served up daily at 7am, and, with 4 Million downloads in our first 10 months, it shows there is a demand for that service.

“Does it mean the death of radio? Probably not, I think the Video Star was supposed to kill Radio… Radio is resilient and engaging, but there are parts of it, that doesn’t necessarily have to stay in a linear broadcast stream anymore.”

Jamie East adds: “For me, it is that news has to get to the point. This isn’t the podcast to pull apart a story and ponder the ramifications – it’s a news espresso for people to feel as though they can start their day with a real sense of where the world is.”