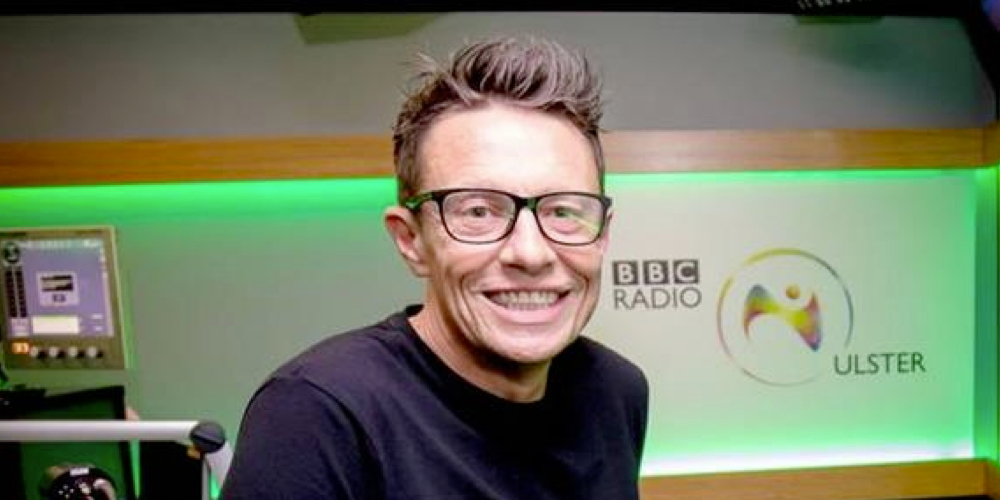 BBC Radio Ulster presenter Stephen Clements has died suddenly at the age of 47.

The radio station announced the news this lunchtime and his morning programme was hosted by Steven Rainey.

BBC Northern Ireland Director Peter Johnston said: “We are sorry to bring you the sad news of the passing of our colleague Stephen Clements.

“Our thoughts are with Stephen’s family, friends and colleagues, at this difficult time.”

Stephen is survived by his wife and two children.

Stephen’s last tweet, just yesterday, showed a picture montage of him with his family.

Stephen moved to the BBC last year after eight years at Q Radio, seven of which were on Breakfast.

Having worked weekends at Citybeat in Belfast, Stephen was offered a full-time role which he chose to turn down as his wife Natasha was expecting. However, after some discussion with his wife Stephen then took the job, hosting the afternoon show on the station for a year, before moving to the breakfast show.

You beautiful man @radiostephen so glad I got to work with you even for an all too short time. You were

in every way. #stephenclements Going to miss our chats xx pic.twitter.com/VoOWUkeMm4

You beautiful man @radiostephen so glad I got to work with you even for an all too short time. You were

in every way. #stephenclements Going to miss our chats xx pic.twitter.com/VoOWUkeMm4

We are heartbroken today to learn that our former Q Radio Breakfast show host, colleague and friend Stephen Clements has died suddenly at the age of 47

Am gutted to here of the passing of one of the nicest people you could come across in lifes travels @radiostephen (stephen Clements) condolences to the family R.I.P

I’m absolutely stunned, shocked & saddened at the sudden passing of Stephen Clements. Such a top top bloke and always had that big infectious smile on his face . My thought are with his wife, His two young kids and the family circle at this time. May you Rest In Peace Stephen. pic.twitter.com/KIvREs2kxy

This is very sad news about Stephen Clements, my thoughts and prayers are with his family at this extremely difficult time.

Heartbroken, Stephen was such a wonderful guy and was so excited about this new chapter with the BBC. Thoughts go to his family and friends, just awful news today

Words cannot describe how sad I am right now. Had many conversations with Stephen Clements on here & via DM. One of the most genuine blokes. We were due to meet up at an Ulster game, sadly that will never happen now

Shocked at the dreadful news of Stephen Clements' passing. Such a talented and unique broadcaster.