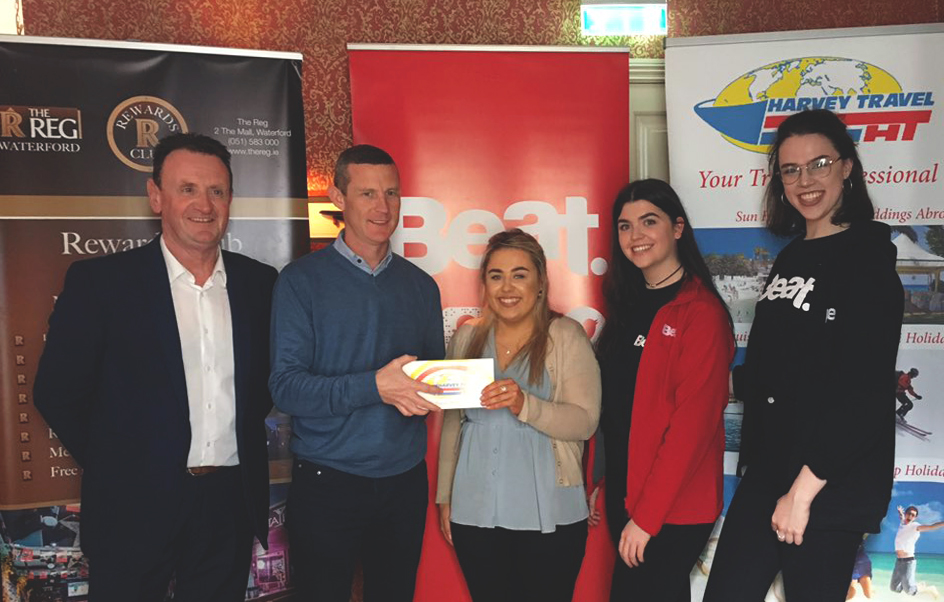 Two listeners are heading to the United Arab Emirates this summer after winning a holiday with Beat’s What Would You Do for Dubai? competition.

Lisa Doyle, a nail technician from Co. Carlow, bagged a place in the grand finale at The Reg on Friday by revealing on Beat At Work earlier in the week that she would audition for The X Factor while dressed as a penguin.

Speaking to Darren Rice on Beat Drive, a shaken Lisa revealed that she would bring her boyfriend on what she described as “the holiday of a lifetime”.

The promotion was broadcast in association with The Reg Waterford and Harvey Travel to celebrate one year of Suas Rooftop Terrace and Restaurant at The Reg, Waterford, and saw thousands of hopefuls enter to try and win the bucket list getaway.

Sponsorship & Promotions Manager, Dave Shaw: “This was our second-holiday giveaway in association with The Reg and Harvey Travel and what a huge success it was! We had some great finalists and it was unbelievably tense as we got down to the last two”.