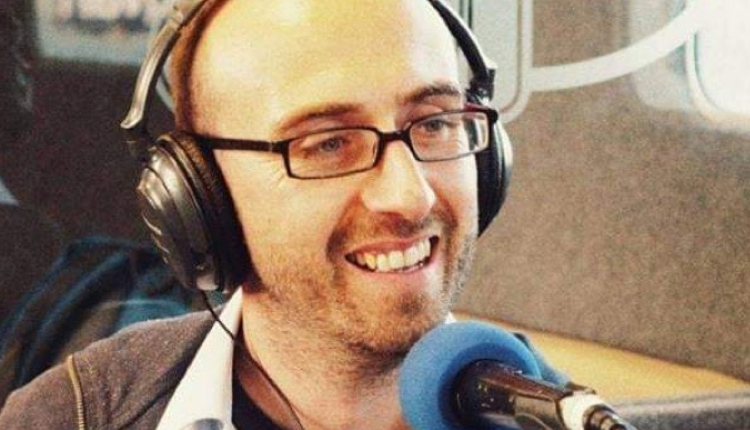 Brian, who currently hosts the weekend Sports and music show The Saturday Beat on the station, replaces Seanie Morris who is moving into a commercial role at the station.

Commenting on the move Will Faulkner, Group Programme Director of Tindle radio, Midlands 103’s parent company said, “We’re delighted to be bringing Brian on board for late nights here on Midlands 103.

“We really like what Brian has brought to weekends since taking over the Saturday music and sports show last year and we know his brand of off the cuff entertainment and his ability to engage with listeners along with his irreverent style will really help us build our nighttime audience.

“Seanie did a brilliant job in the slot and were looking forward to his contribution in his new commercial role at the station.

“Listeners appetites have changed from wanting pure music to more of content and music mix and this is right up Brian’s alley. We’re always listening to what our audience wants and adapting to ensure that we remain the most listened to station across the Midlands.

“It’s a very exciting time here at Midlands 103 along with this show we recently launched a brand new Saturday afternoon show with Neil Molly. Neil has really hit the ground running and is already a hit with listeners which has been great and we are confident that Brian will very quickly bring listeners on board so it’s a great time to be involved with the station”

Speaking about the new show Brian says he is delighted to be taking on late nights: “To say I’m excited about been given the show would be an understatement to say the least. Seanie presented in the slot for over a decade and did a brilliant job and hopefully I can do the same.

“The show will have plenty for everyone, great music, interviews, fun features and a bit of late-night mischief thrown in for good measure!! I just can’t wait to get started.

“Will and the management team at Midlands have always been great to me in terms of support and giving me opportunities when they arise, I have a path worn to Wills office at this stage pitching ideas over the years and that door has always been open and I fully intend to make the show a “must listen to” for our listeners, to get this opportunity on my own local station is absolutely brilliant.”

The Late Shift with Brian Moss starts on Monday 29th July and will air every Monday, Tuesday and Wednesday from 10pm till midnight.