Colm & Lucy to broadcast the Breakfast Show from Japan 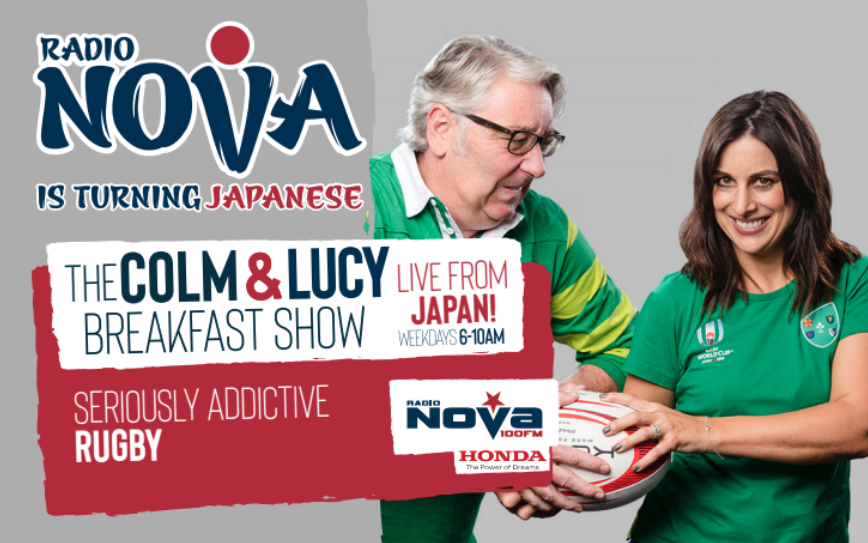 Colm Hayes & Lucy Kennedy are going to the Tokyo Stadium to support Ireland taking on New Zealand this weekend.

They will be broadcasting live from Japan this Friday, Saturday and Monday to cover the game and bring the atmosphere back to listeners at home.

Brent Pope and Pat Courtenay are also going big on the event with the weekly Rugby Live @ 5 show, which airs every Thursday from 5-7pm.

Nova’s Kevin Branigan said: “We’re gone all out to bring our listeners coverage of the Rugby World Cup this year. We love Brent Pope and to be welcoming him back on-air with us another seven-week run is fantastic and sending Colm & Lucy to broadcast live from Japan will bring the game itself and the excitement on the ground in Tokyo to our listeners.”

The Dublin-based station has secured Honda as main sponsor for its Rugby World Cup coverage, backed up by a media campaign over cinema, national press, outdoor and digital.