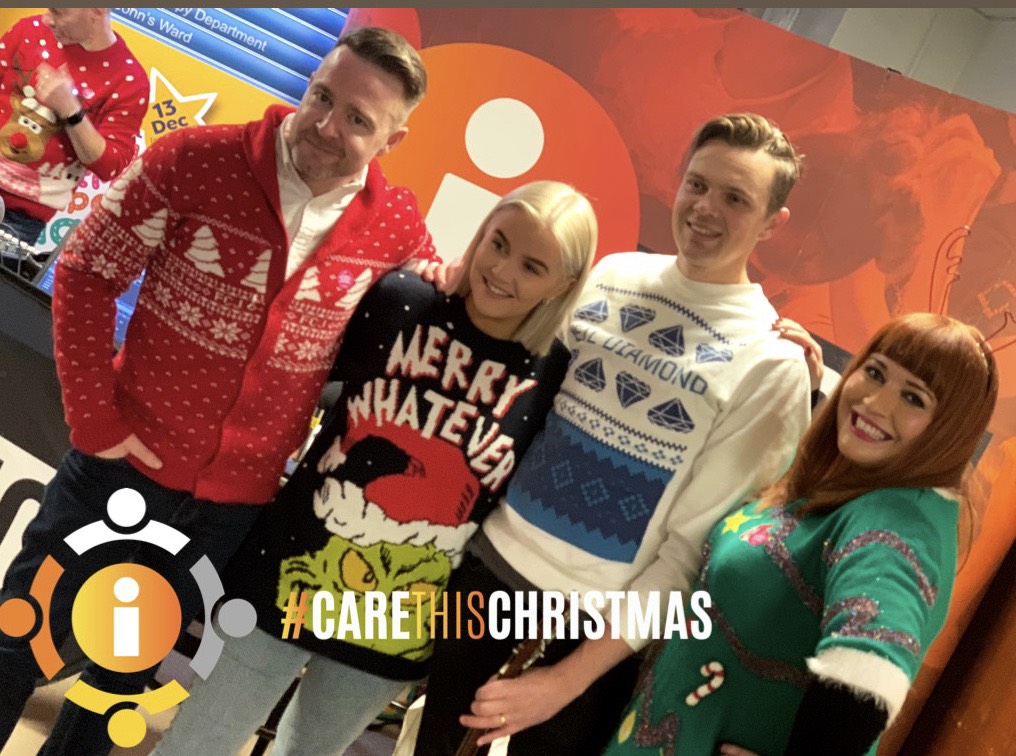 On Thursday, the AO Show was joined by some of the people being helped by Crumlin, including the five-year-old Ruby who overcome a brain tumour when she was just two-years-old.

Twelve-year-old Jake Newman, who is being treated for an autoimmune disease, had a chat with Aidan and Oonagh about his two big passions, GAA and Man United, while 16-year-old Aidan Treacy from Waterford spoke bravely about the treatment he’s receiving for Crohn’s disease.

In addition, Director of Nursing at Crumlin, Tracy Wall, won the AO Show’s ‘Grab A Grand’, and she donated her €1,000 winnings to CMRF Crumlin.

iRadio said: “All in all it was the ideal way to mark iRadio’s #CareThisChristmas campaign, which encourages us all to be more supportive of those for whom the festive season is a particularly tough time of year.”

How cute is Ruby! She’s just after talking to Aidan and Oonagh and having a sing with @aimeemusicofficial