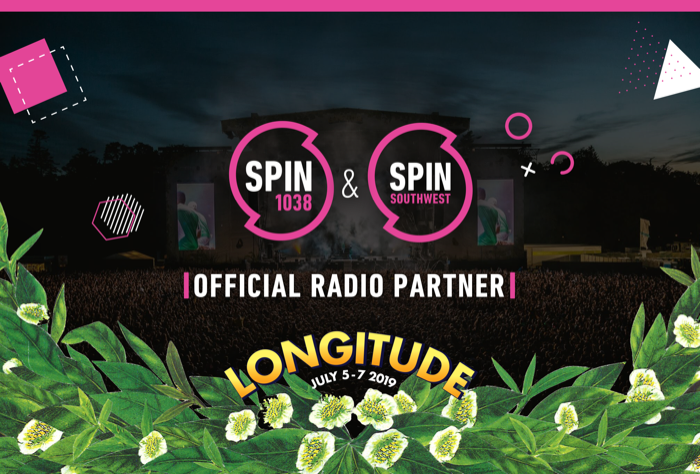 SPIN1038 and SPIN South West have signed an Official Radio Partnership deal with Longitude 2019 in Dublin’s Marlay Park from 5th to 7th July.

As the Official Radio Partner, SPIN will have all the inside info on this year’s festival as well as ticket giveaways and exclusive content, including highlights on who’s playing where & when and the must see’s of the weekend.

New to Longitude 2019 is the SPIN House Party stage where SPIN DJs will take to the decks for a weekend full of music.

To celebrate the partnership, both SPIN stations will have big ticket giveaways running across the schedule, kicking off on their Fully Charged Breakfast shows next week.

Meanwhile, SPIN Xtra, the station’s new 24/7 music stream will be playing non-stop hits from this year’s Longitude artists throughout the day.

SPIN1038 and SPIN South West will also be giving two aspiring DJs the chance to perform at the SPIN House Party stage at Longitude.