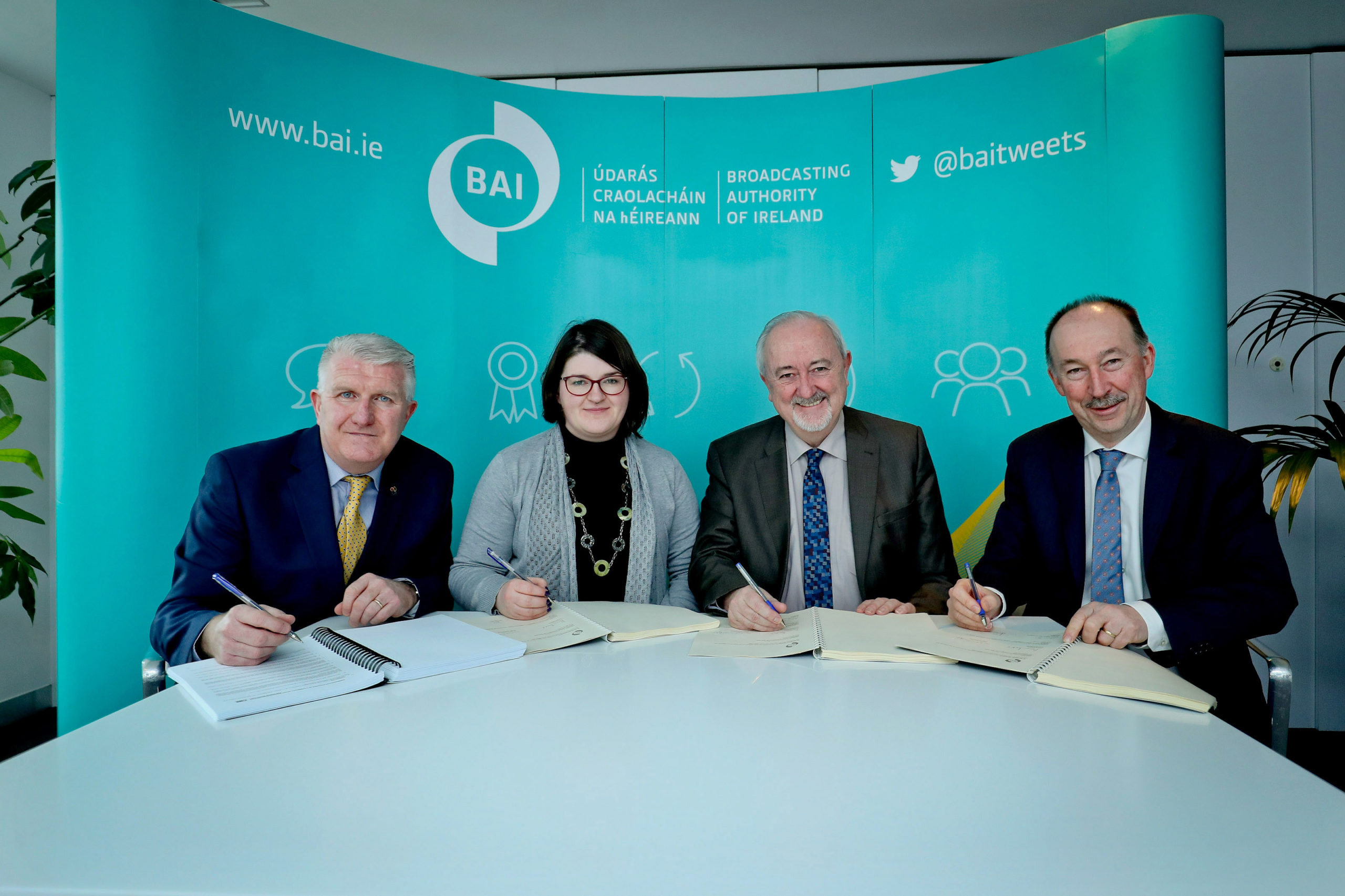 The Broadcasting Authority of Ireland has signed a new contract with Near FM, which serves North East Dublin on 90.3FM.

This is Near FM’s third term as a licensed broadcaster and means that communities in North East Dublin will continue to have a local community radio to serve them throughout the next decade.

Speaking at the contract signing, chief executive of the BAI, Michael O’Keeffe, said: “We are delighted to sign a new community radio contract with Near FM.

“Community radio plays an important role in facilitating active citizenship, and today’s contract signing marks Near FM’s continued commitment to represent and engage with its North East Dublin community, and to promote the participation of its members in radio.

“I would like to wish the station continued success over the term of its new contract.”

The BAI was represented at the contract signing by BAI chairperson, Prof. Pauric Travers, and BAI chief executive, Michael O’Keeffe. Near FM was represented by Committee of Management member, Sabrina Ryan, and secretary, David O’Connor.

Speaking at the licence signing, Sabrina Ryan said: “It’s a great honour for us to continue to provide this service for all of our broadcasters, listeners and the communities we serve, especially the lesser-heard voices”.