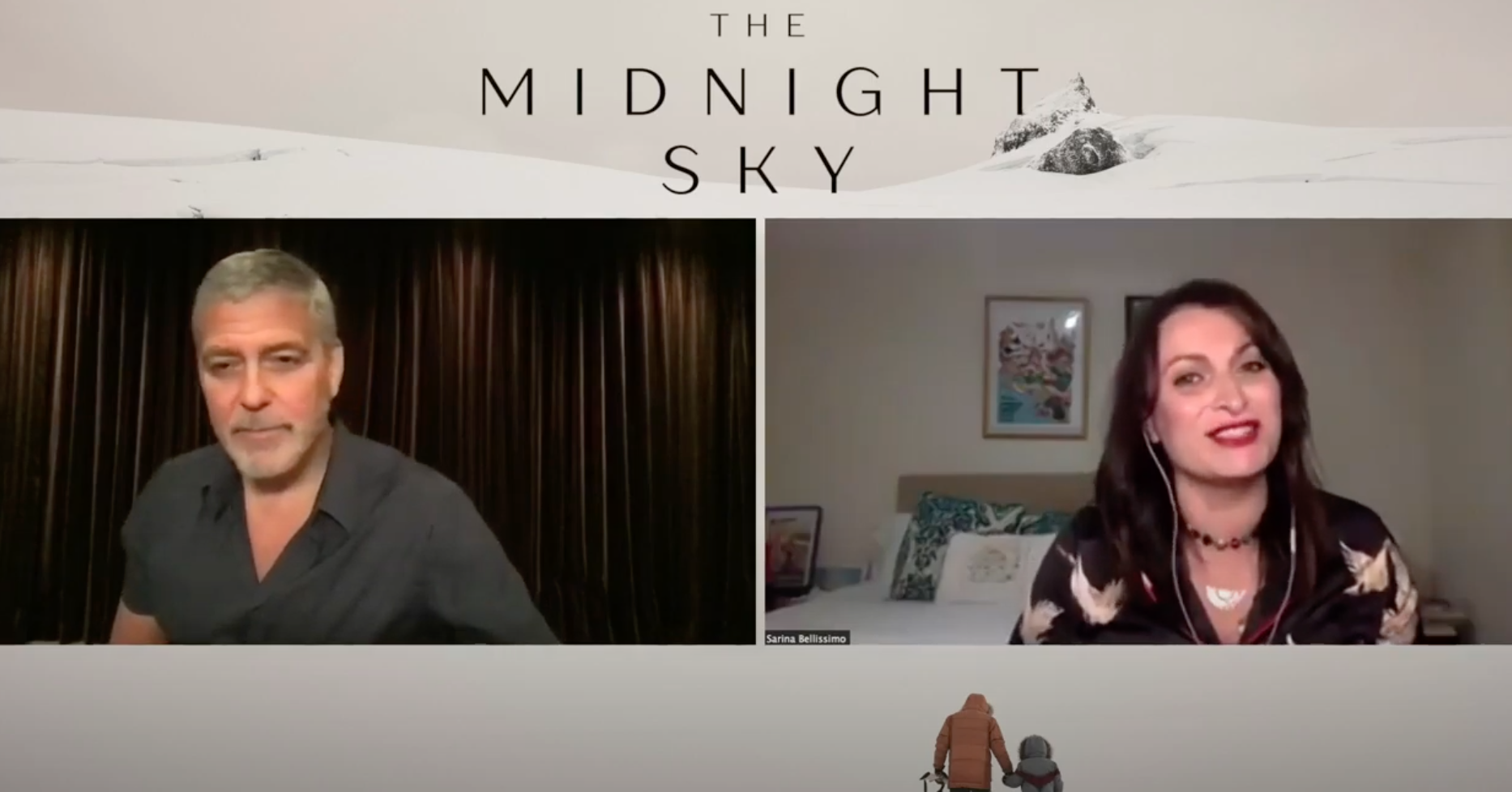 The actor is currently promoting his new movie The Midnight Sky, an American Sci-fi which Clooney both directed and stars in.

Speaking to Plan B host Sarina Bellissimo on SPIN 1038 this morning (Saturday), George recalled his time in Ireland meeting his relatives, life in lockdown and how he’s never happier than when he’s at home with the kids.

ON VISTING RELATIVES IN IRELAND IN 2019

“We were there for Easter, it was unusually warm and nice and it couldn’t have been more fun to be there. I met a bunch of relatives I never knew I had which was also fun!. My experience there was so memorable and seeing family was so much fun.”

“Being able to feel your real roots is a really cool thing! My father had been there and visited the family before”.

“We’re like you. We’re doing dishes and laundry and changing diapers. “It’s nice to wake up with the kids and put them to bed every night. There’s something really special about that, I’m sure it’s a benefit to them”

“If you’re looking for a silver lining in a very dark cloud, I would suppose that’s it. You know there’s all these other elements, my parents are not young; I’d like to be able to visit them and Amal’s parents”

“There’s a lot of things as humankind we’re dealing with at the moment which is our inability to be next to the people we love and that’s always frustrating and particularly now but there’s light at the end of the tunnel. We see some vaccines coming and I’m really hopeful for the new year”

ON SPENDING MORE TIME WITH HIS KIDS

“We’re down here in the room where I edit, and I have to say it’s the most peaceful 3h ours I’ve had in my life. So calming. The kids are great, they’re at a great age so it’s easy for us. They’re 3 years old. Everything I get to train them is about “this’ll be funny, put some Nutella in your nappy!””

ON FINDING HIS WAY IN HOLLYWOOD

“You actually have to have a north star, and that north star is usually something that you were raised with as a child, probably my parents and the way I was raised gives you a north star that says these are the thing that are actually of value in your life – integrity and your friendships and love of your family and your friends, the things that matter and as long as you keep that as your north star it’s hard to get caught up in the rest of it”

ON LIFE DURING THE MAKING OF THE MOVIE

“I was so happy because we’d finish up, I’d get home in time to put the kids to bed usually because you know we’re working with Caoilinn (Springall, Clooney’s co-star in ‘The Midnight Sky’), a nice Irish girl and we’d have to finish at a certain time because she’s a kid so you can’t work past a certain time”

ON MATT DAMON’S LOVE OF IRELAND

“I talked to Matt while he was there. He absolutely loved being there and with Matt, you never know, he could just buy a house there!”

You can listen back to the interview in full on SPIN1038.COM or via the SPIN app.

BAI allocates over €6.2m to latest radio and TV projects

Sydney and Melbourne get their new breakfast shows